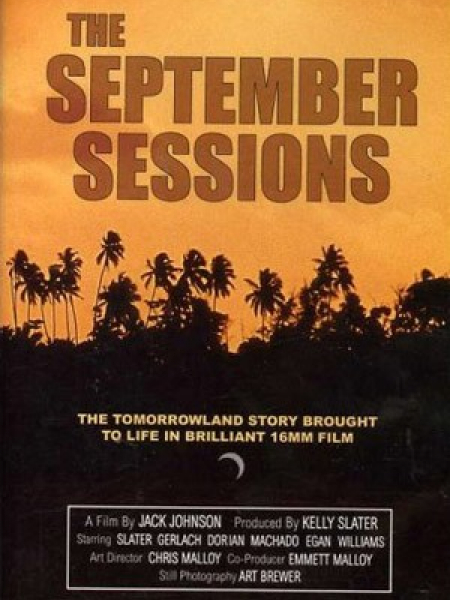 Nearly a year into his retirement Kelly Slater had yet to settle into the typical post career experience. The ASP circus he sought to leave behind was unwittingly replaced by a new one filled with trade shows, store openings and poster signings. By September of 1999, Slater was eager to escape and find perfect waves where he could push his surfing to new levels without the restrictions of competition. So he took off to Sumatra, Indonesia, along with some friends, to fulfill that long awaited dream. Knowing full well something extraordinary could happen on a mission of this sort, Kelly asked Jack to come along, and Johnson brought the same 25-year old camera he’d used during the filming of Thicker Than Water, which had just been released. The crew boarded Neptune 1, a retired Japanese coastguard cutter, and powered through a midnight storm on their way out to the Mentawai Islands. At dawn of the first day, they pulled into the keyhole at Hollow Trees. One by one the surfers stumbled up to the deck from their bunks, and stared bleary eyed in disbelief at the lineup…the waves were absolutely flawless. In fact, the best they’d ever seen. New levels of strength of purity were reached in the days that followed, as Slater and friends pushed their surfing to limits that have yet to be matched. Meanwhile, when Jack wasn’t surfing he was filming from the tide pools on shore and working on lyrics for a new song between rides. His film footage eventually became September Sessions, while that song, “F-Stop Blues”, was the final one added to his record Brushfire Fairytales.