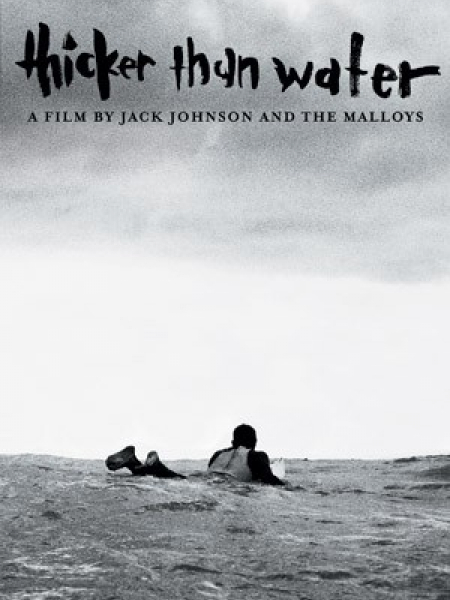 Thicker Than Water is a collection of images and memories that started with the first time we stood on the deck of a surfboard and ends with an eighteen- month journey through the North Atlantic, South Pacific and the Bay of Bengal.

There was a moment last year that sums up Thicker Than Water. We were on the northwest coast of Ireland hiding from sixty miles per hour wind behind an old stone wall. Noah Johnson had decided to windsurf across a flooded cow pasture using a towel as a sail and we were determined to capture a shot of him. As we fumbled with lenses and a new can of film a massive gust swirled over head then descended upon the freezing water pushing Noah forward. Everyone cheered and Chris yelled something to me but his words didn’t penetrate the wind. I’m not sure but I think he said, “Now we’re making a surf film!” – Jack Johnson, 1998