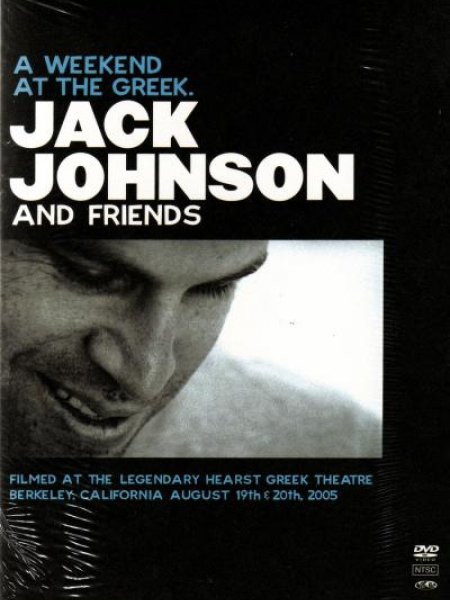 Weekend at the Greek/Live at Japan

In the past five years, Hawaiian born Jack Johnson has gone from filmmaker, shooting and scoring his 16mm surf films to a well-known singer-songwriter, and now just in time for summer, Australia’s favourite imported son Jack Johnson releases a 2DVD set A Weekend At The Greek featuring a LIVE concert DVD (recorded at the Greek in Berkeley) and a second DVD, Live in Japan.

Jacks third album ‘In Between Dreams’ after debuting #1 on ARIA and staying four weeks in a row, is now fast approaching 3 x Platinum. The gorgeous opening album track Better Together will be the fourth track lifted from ‘In Between Dreams’. Both previous singles have been Top 15 airplay smash hits.