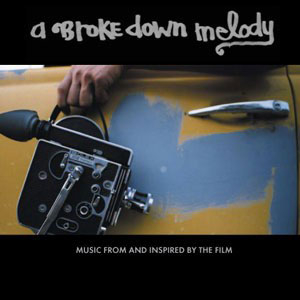 It’s up to wave-riding moviegoers to determine whether A Broke Down Melody is its generation’s Endless Summer; but as of the release of this soundtrack, one thing’s for certain: nobody’s making cooler, more chilled-out surf records than Jack Johnson’s Brushfire Records.

A Broke Down Melody tours the world’s coasts and collects accessible tunes that could technically fit in a bunch of genres, whether folk, world, indie rock, or reggae. The thing is, they all adhere to a vibe: Johnson might as well be leading listeners by the hand into his own private village, one where friends make music all around and all it takes to get a sampling is a soft knock on the next grass-hut door.

Standouts include the Johnson originals, but it’s easy to fall leash-over-longboard in love with some of the lesser-known artists—Johnny Osbourne’s “We Need Love” is Bob Marley bright, Matt Costa’s two contributions call him out as a major talent, and “Know How,” a jaunty little groove by Kings of Convenience, is enlivened by an appearance by the indie darling Feist.

Fuzzy, vintage-style photos collected in the liner notes up the appeal; way to wear a wetsuit, Jack.