Sing-A-Longs and Lullabies for the film Curious George 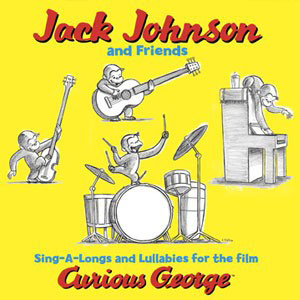 The 3 R’s
Adapted from [the composition] “Three is a Magic Number”
Music Written by B. Dorough
© 2004 America Broadcasting Music
Revised Lyrics Written by Jack Johnson

Kawika Kahiapo plays guitar on Talk of the Town

Art Direction and Design by Dave Lively and Jeff Motch

Thanks to my family and friends, Universal Pictures, Imagine Entertainment, Universal Music and to everyone else who helped make this record possible.