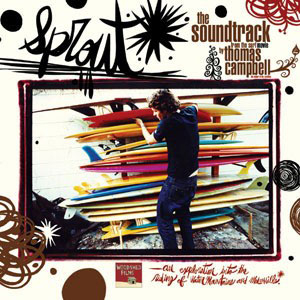 This soundtrack is derived from 13 of the thirty some songs that made the soundscape of the surf movie “sprout”. The music of “sprout” is a look somewhat into a world of musicians that sit just beneath the pop-radio epidermis, mostly based in america-with one english exception. These music makers delve into insturmental regions, quiet alcoves, abrasive sky scapes that are rare, beautiful and largely unheard by most people in the general public.