A Night with Jack and Blake Mills at the Grammy Museum 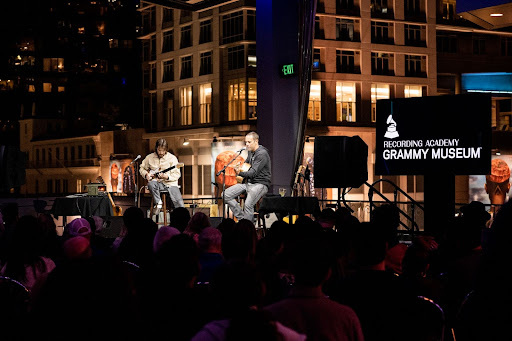 Last week Jack was joined by producer Blake Mills for an intimate event at the Grammy Museum’s new Rooftop Terrace for a special moderated conversation between Jack & Blake by the Museum Chief Curator Jasen Emmons about the latest album Meet the Moonlight, their joint creative process, followed by a performance by the duo. The two played a 45 minute set complete with songs from the new album, a couple of favorites from the archives and a version of Greg Brownʻs “Two Little Feet” as a nod to the music Jack and Blake connected over when they first met. Earlier that day Jack and Blake did a live soundcheck and Q&A with student alumni from the LA GRAMMY Camp.