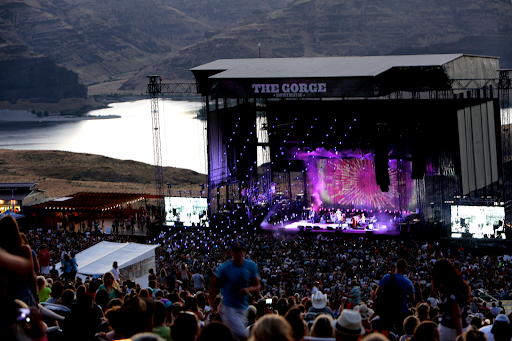 After a quick break at home, Jack and the band will kick off leg three of the Meet The Moonlight Tour at the scenic Gorge Amphitheatre with Ben Harper & The Innocent Criminals and Ron Artis II and Thunderstorm Artis as support. The tour will continue through Bend and Portland, Oregon (both are sold out), two shows at the iconic Greek Theatre in Berkeley, then on to Los Angeles where they will be joined by Lake Street Dive for two nights at the Hollywood Bowl. There's a quick stop in Santa Barbara for two sold out shows at the Santa Barbara Bowl and then the tour wraps up the North American run of the Meet The Moonlight Tour in San Diego, California with good friends Ben Harper & The Innocent Criminals. Many shows are sold out but there are still some tickets available for the Gorge, Berkeley (Night 2), Los Angeles (Night 2), and San Diego. Get your tickets here and see you at the shows!

Weʻre teaming up with local bike organizations to host bike valet programs in select cities, so you can bike to these shows: Bend with Commute Options, Berkeley with Rich City Rides, and Santa Barbara with SBBIKE+COAST.