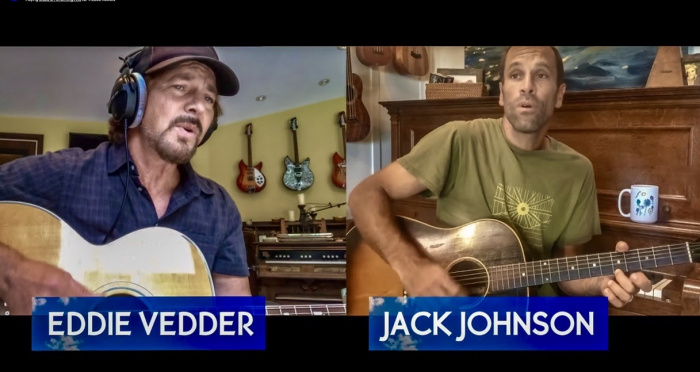 Back in April, Jack & Eddie Vedder collaborated on a version of Jack’s song “Constellations” for Kōkua Festival 2020 - Live From Home. The online festival brought people together from all over the world in celebration of the 50th Anniversary of Earth Day. If you missed the show, you can catch some of these duets on Jack’s YouTube channel including Jack and Eddie’s collab. In the coming weeks we will be sharing some of the performances on the Kokua Hawaii Foundation’s YouTube page so tune in frequently for some great music from some of Jack’s favorite musicians!