The Village Green - All At Once on the Road 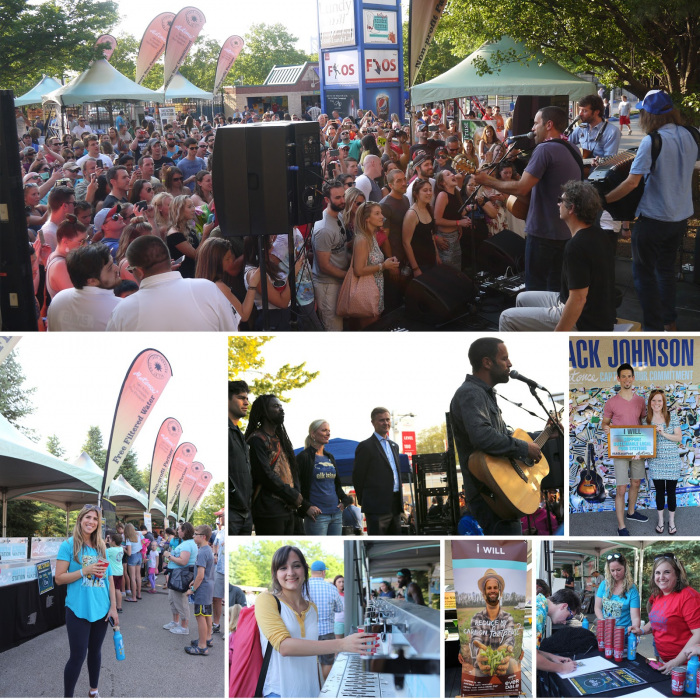 Thanks to you, the east coast leg of tour was incredible! People took action in the Village Green, connected with All At Once Non-Profit Partners and shared Capture Your Commitment photos. Jack made some surprise appearances on the Village Green acoustic stage, joining members of his band, and John Craigie to play some music. Jack also helped kick off World Environment Day in Toronto with special guests Adrian Grenier, Catherine McKenna, Rocky Duwani, Matthew Isen and representatives from UN Environment.

We successfully kicked off our Reusable Pint Program, working closely with venues to offer fans an alternative to disposable plastic cups. Concertgoers at every show helped to reduce single-use plastic waste by using their custom Jack Johnson pints for water and beer refills. Over 4000 pint cups were given away to people who completed the All At Once Passport at the shows, and over 9000 were purchased by fans ...for a total of over 13,000 cups which will be reused again and again.

Thank you to all who have taken action, and to everyone coming to an upcoming show...we hope to see you at the Village Green!