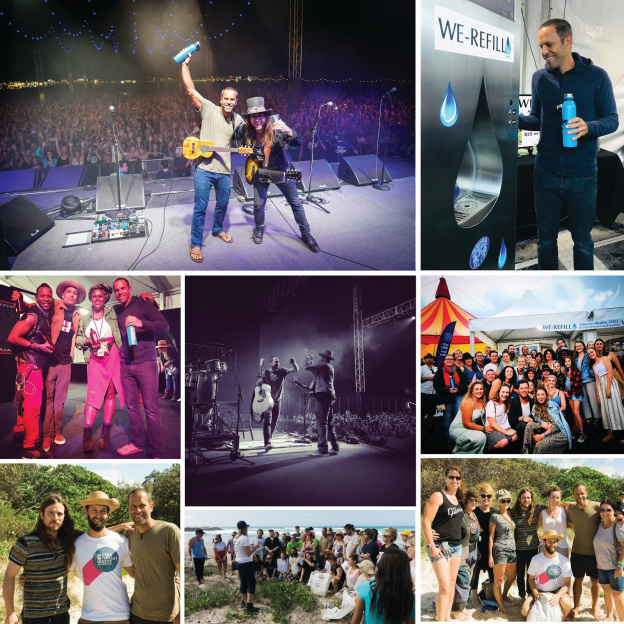 Over the Easter Weekend Jack and the band headlined the 30th Annual Byron Bay Bluesfest at the beautiful Tyagarah Tea Tree Farm just outside of Byron Bay. Jack was honored to be included on such a great lineup. With so many talented musicians around the collaborations were inevitable. Jack jumped up with Ben Harper on Saturday night for a rendition of “My Own Two Hands”. Then during Jack’s Sunday night headlining show, musical friends Paula Fuga, Lukas Nelson, and Gary Clark Jr. joined Jack for a memorable set on the Mojo stage.

Jack, Ben Harper and Lukas Nelson were also some of the artists to help kick off the BYOBottle campaign globally at Bluesfest. As part of the BYOBottle campaign launch Jack refilled fan’s reusable bottles at the WEREfill water stations in the front of house lounge area. Some of the lucky fans won the opportunity to join Green Music Australia representatives along with Jack and Lukas Nelson at a beach cleanup hosted by Tangaroa Blue and WERefill on Easter morning. See more info on the campaign and how you can get involved below.